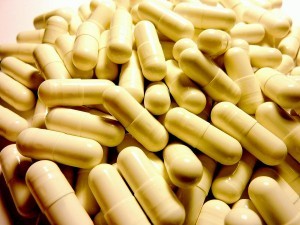 There was a lot of hand wringing when so-called “Pharma Bro” Martin Shkreli was charged with 8 counts of wire and securities fraud in late 2015. Shkreli you may recall was the former wunderkind executive of Turing Pharmaceutical who decided to increase the price of the anti HIV/AIDS drug Daraprim by more than 5000% in 2015. Daraprim is used to fight infections and is literally a lifesaver. For those of you who want to get more concrete that’s a price hike of $13.50 to $750 per pill.

After a month-long trial and 8 days of deliberation a Brooklyn jury convicted Shkreli of three of the charges. But here’s the shocker. Shkreli’s conviction had nothing to do with his decision to increase Daraprim’s price into the stratosphere. All of the charges relate to the bilking investors in a hedge fund he once ran and defrauding shareholders of Retrophin, another drug company he once ran. Shkreli in short was not arrested for any of the behavior for which he achieved this initial prominence.

Shkreli took advantage of a price setting mechanism which was and is legal and accepted practice in pharma. And is likely to continue to be so. Shkreli made a fortune by buying the rights to drugs in niches in which U.S. consumers have few options and also working the angles on the FDA’s review process. There’s basically no limit to what companies can charge for these drugs for which there is little competition. It is speculative but it does avoid the sizeable investment that pharma companies must make in the development process.

The bottom line is that if Shkreli had stuck to the perfectly legal practice for which he was initially condemned, he would be fine, and not facing 20 years in federal prison. Consumers, insurance companies and taxpayers would be left to pick up the pieces. The fact is that Shkreli only became known to the media and the public as a result of his outsize persona on social media and his heated rhetoric. If he’d been content to operate quietly in the background he’d be working the system and continuing to reap a pharma windfall.

People are filing lawsuits against Elmiron claiming that the interstitial cystitis (IC) drug is the reason for their permanent vision...

Should You Even Bother Your Insurance Company After a Minor Accident?

We've all experienced this or seen it happen and understand when people don't want to contact their insurance company after...

The world's biggest healthcare products company will have to pay more than $100 million to resolve lawsuits over claims that...