Cerebral palsy (CP) is a devastating neurological condition that affects around 8,000 newborns and infants in the U.S. every year. Because the disorder develops as the brain is forming, it is often related to a prior brain injury, including complications during pregnancy or birth. Unfortunately, cerebral palsy caused by medical negligence is one of the possibilities.

Last week, a CP malpractice case in Johnstown, Pennsylvania resulted in the largest ever compensation awarded to a plaintiff in this area. Another 2015 malpractice lawsuit in Charlotte County, Florida saw a jury return a verdict of $23 million in damages to the family of a child with cerebral palsy that may have resulted from a birth injury.

According to a local news report, in the Florida case the jury found that the child was born with severe brain damage due to medical negligence in her birth. The injury was reportedly caused by protein in the mother’s urine and a high blood pressure condition she developed, according to the jury’s findings.

In a Cerebral Palsy Birth Injury Case, Multiple Parties Could Be Liable

In incidents involving a birth injury that leads to the development of cerebral palsy in a child, liability for malpractice may extend to multiple parties:

As in the case of the Charlotte County malpractice suit resulting in a $23 million verdict, the liability for damages may be meted out to more than just one party. 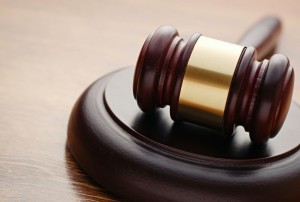 Arguing the Case, Even Years On

Cerebral palsy caused by medical negligence is not always identified right away. In some cases, it can take many years to establish and prove malpractice.

According to reports and the arguments of attorneys representing the family of a 16-year old with cerebral palsy, the condition was caused by a birth injury due to the operating physician’s distraction with repairs being made to a BMW.

The family’s counsel argued that the doctor made a negligent choice during the birth of the child in 1998. He chose to use a suction pump to deliver the child instead of allowing a natural birth. The family, seeking millions in damages, claims the use of the pump is related to the development of their child’s cerebral palsy.

The family, seeking millions in damages, claims the use of the pump is related to the development of their child’s cerebral palsy. Their attorneys argued the doctor was in a rush due to concerns about an appointment related to his automobile.

The attorneys representing the physician in the suit said that while he was communicating by phone with a car repair service before the delivery operation, this had no effect on his professional handling of the birth.

What Can You Do if You Suspect Negligence in Your Child’s Cerebral Palsy Birth Injury?

If your child has developed cerebral palsy, and you believe that negligence on the part of the delivering physician is to blame, you should consult experienced birth injury lawyers to see if you have a case for malpractice.

Birth injury attorneys can use their experience litigating these types of cases to your advantage by consulting medical experts and building a strong argument against a possibly negligent doctor.

While no amount of money can ever take away the pain of cerebral palsy caused by medical negligence, the damages awarded in a malpractice lawsuit can at least help reduce the cost and associated stress of the condition for you and your family.